I’ve mentioned before that if I start a story with a sentence like “When I lived in Bratislava …” that people sometimes have a giggle at me. Same goes for “When I was in Tunisia …” or “When I was on the Trans-Siberian …” 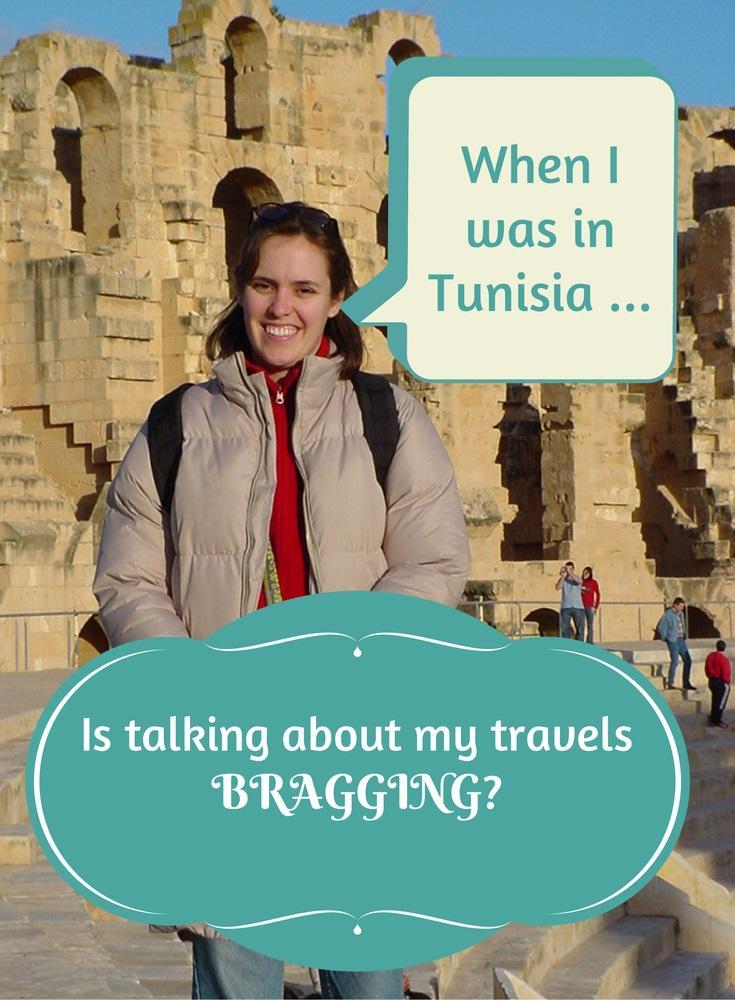 As far as I can figure (and some of this figuring out comes from asking the people who have done the giggling) a lot of people are uncomfortable hearing these kind of phrases. I think part of the fear is that the story to follow might involve a lot of bragging. I am definitely not trying to show off when I start a story like that. I just have a story to share and the setting is an important part of the context. It’s just like someone else starting a story with “When I worked at KFC …” or “When I was in high school …” But it’s funny, isn’t it, that people sometimes tease others for telling stories about their travels. There are occasionally people who really do “place-name drop”, who mention a few cool cities or exotic countries with the intention of bragging a bit, but for most people they are just stories from our lives which we think have some relevance to the topic at hand.

I’ve been trying to figure out why people are reluctant to hear these stories about travel and sometimes react with discomfort when others start to tell them. Is part of it that the listener feels envious or inadequate? But if so, why, really? Shouldn’t we be grateful for new and different perspectives? And shouldn’t we do something about this reaction and go travelling ourselves – after all, for most people in the first world there are lots of excuses to not go travelling but very few legitimate reasons. This reluctance to listen to travel tales is surely a part of what makes returning travellers suffer with reverse culture shock (I know I did). On the other hand, perhaps people have just been burnt too many times by travellers going into long, detailed, boring stories about what happened to them when they tried to flag down a taxi in New York or a bite-by-bite description of their meal in Paris. Like sitting through an unedited slideshow of someone’s holiday snapshots, perhaps it’s just a defence mechanism to avoid death by boredom. Either way, I promise I’m not trying to show off when I mention some place I’ve been; and even though I talk a lot, and write copious long posts about my trips, I still try very hard not to say boring stuff when you meet me face to face.

Reverse culture shock: How Agata dealt with returning to Poland from Italy

Tom’s saxophone and salsa strategies for coping with reverse culture shock
Previous Post: « Preparing a 3-year-old for travel with a playdough Brezel
Next Post: Bus travel is NOT my favourite way to get around »