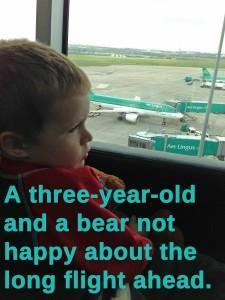 But obviously there are still quite a few things you can do to optimise how your long flights go with a three-year-old tagging along. Some of them might help with your child … some might not! That’s just how kids are. So, what I’ve learnt is:

There is very little I like about the thought of long-haul flights, and I would rather never take them except that would severely limit my travel possibilities, given that I live down here in one of the most isolated cities on the planet. Add a restless three-year-old to the mix and I would probably rather go to the dentist (and I don’t like the dentist at all). But just like the dentist, these things have to be done, and there are ways to get through it. Good luck and feel free to leave any more tips you have in the comments. 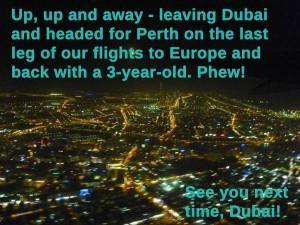 Tasmania with a toddler: Our itinerary and other tips

Things to do in Tasmania with a toddler: Our itinerary and tips for 10 days in Tassie
Previous Post: « Travelling to meet online people offline and taking my travel blog to the Gold Coast for Problogger
Next Post: New York vs Paris: That’s a whole lot of wonderful »