You are here: Home / All / “Art” in Vladivostok: A definite Soviet sculpture style
Facebook0
Twitter0
Pinterest0
Google+2
Landing in Vladivostok, as I’ve described before, was both by accident (I’d planned to start my epic train trip in China) and nearly with an accident (my hairy landing with Air Vladivostok has stayed with me – although it wasn’t actually at all dangerous!). Just the same, I’m very glad I went, if nothing else because my  brain is imprinted with the lasting memory of sculpture after sculpture after sculpture … none of which were particularly beautiful, but which certainly pointed to the very Soviet and very military immediate past of Vladivostok.
Vladivostok was totally off-limits to foreigners during the Soviet era (and I seem to remember my host there telling me that it wasn’t that easy for Russians to visit either?). It must be a really odd feeling for all those locals who grew up during that time in a closed city and then since the 1990s have gradually seen more and more foreigners come in – most often, arriving on the Trans-Siberian train or like me, flying in ready to hop on it and travel towards Moscow. 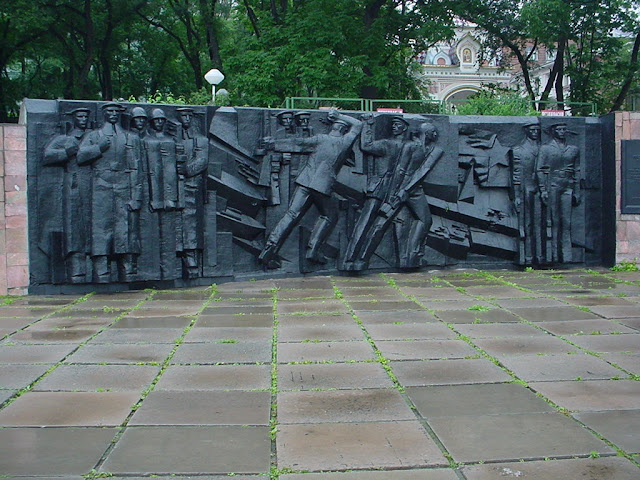 When I was in Vladivostok, the hammer and sickle in various forms was everywhere. Really everywhere. I found it a little unnerving at first; then I found it kind of fun to spot them. 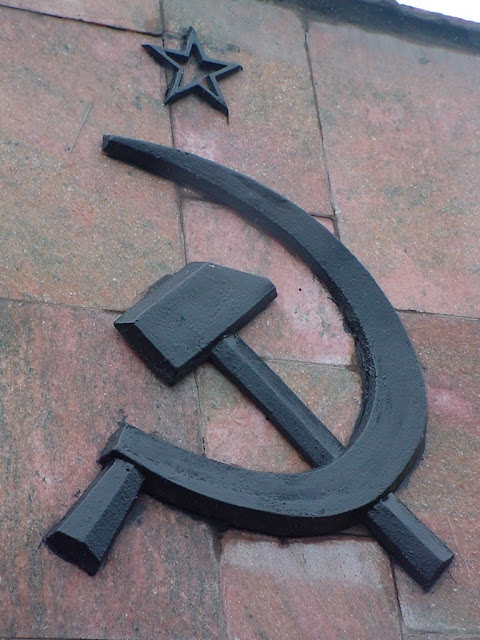 It’s nearly 10 years since I was in Vladivostok, which means it’s two decades since the Soviet era ended rather than one, and I tend to suspect this may have made a difference. Perhaps more of these murals and sculptures have been rounded up into a retirement village for Soviet-era art, a bit like the various Soviet sculpture parks in many cities of Eastern Europe. Or then again, perhaps not? I found Vladivostok to be a very intriguing place, not one that I could fall in love with but one that I’d be interested to visit again just to see what has changed, and what hasn’t.
Sign up for the free Not A Ballerina newsletter
The inside story on thoughtful travel, straight to your inbox every month.
Your information will *never* be shared or sold to a 3rd party.

The art of doing nothing on the Trans-Siberian Railway

My grand Russian adventure is someone else’s summer vacation

Travels with my mother … in Russia

Locals I’ve met: Real life examples of why I love meeting the locals when I travel
Previous Post: « Review: Rough Guide to Germany
Next Post: A new direction for Not A Ballerina’s travels »