When my son was born I decided I wanted him to be bilingual – his father’s first language is German, and I am reasonably fluent too. I needed to get hold of some great German children’s books. My goal was basically that more than half the books in his book shelf should be German kids’ books. I began buying some German books for babies on a trip to Germany when he was just four months old and then have needed to buy German books online as he’s got older. 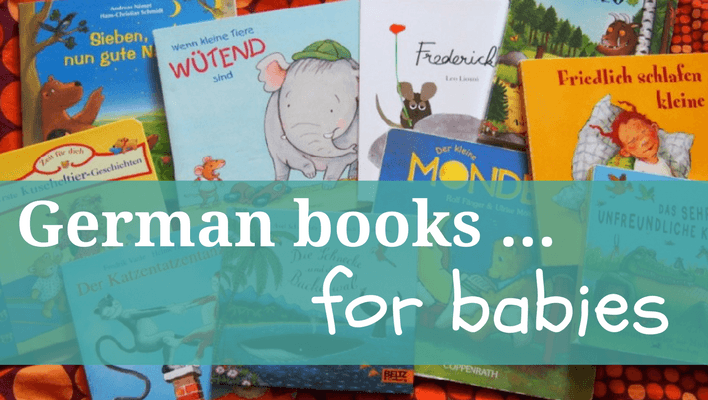 Finding German books for kids (and especially young kids) hasn’t been easy as it’s difficult to figure out what’s going to be a hit and what isn’t. I hope this post helps you find some fun German baby books to help your little German-speaker-to-be enjoy some German stories at bed-time (or anytime, of course!).

If you’re in a hurry, these are some very reliable favourites*:

I’m pretty sure that Mein erstes Buch vom Betonmischer (My first book about concrete mixers) is the very first book my son “owned” in German – one that my mother, who was on that first trip with us, bought from the department store in Heilbronn, where I’d lived in Germany. It’s a driveable book – those wheels really work! – which was obviously the attraction.

I still remember so well, sometime during my son’s first year, explaining the contents of this Germaan story book to a friend who’d seen it at our house. It’s pretty dry, I’d said. It just describes where the concrete truck driver goes all day. And then he goes home. At the same time, I was reading my son fantastical fictional English stories like The Gruffalo and in comparison the humble concrete mixer book just didn’t stack up.

It wasn’t until later that I learnt (from some German mothers at our German playgroup) that this is fairly typical for German children’s books (surprisingly, for the land that brought us some of our most famous fairytales). For some reason, a huge number of German kids books focus on the everyday. This has turned out to be a good thing for my son, because he can more easily relate to the books from the everyday German he hears from us, but I’m glad he also has a good dose of books like The Gruffalo and (more recently) Captain Underpants! (And I must admit I also like the German translation of The Gruffalo: Der Grüffelo!)

Favourite German story books from when my son was a baby

I’m a big reader, and it seems like my son was also genetically programmed to be a big reader. From when he was still a pretty small baby (who didn’t like to sleep) until he was about eighteen months old, these were some of his favourite books. Interestingly he never seemed to notice or differentiate whether what we read were German books or English books – which I thought was a good thing!

To explain some of these favourites a little more (I recommend all of these ones highly – it wasn’t just my son who liked them!) (note the title translations are mine – they might be published with other titles in other languages):

The six above were probably our very standard, go-to German books that my son would want me to read over and over and over again (as only kids can tolerate …). We also had a more random selection of German books for babies that weren’t always hits but I think are worth mentioning because several of them, I know, are MAJOR hits with other kids – everyone has different taste, right?!

Three of these are books that every English-speaking kid I know has read in English – but for some reason my son never really liked them too much in either language!

Some other fun ones include:

Rotraut Susanne Berner: My favourite author of German books for babies (and beyond)

Saving the best ’til last: astute readers will have seen I missed out describing a couple of the pictured German baby books in the last section and that’s because they feature here, as books from Rotraut Susanne Berner. I was introduced to her work by my son’s father who said we had to buy one of her Wimmelbuch series (a “Wimmelbuch” is something akin to a Where’s Wally book but not necessarily with stuff hiding – just lots of amazing detailed illustrations and no or few words).

Her drawings are simply beautiful and just this morning my son, now four-and-a-half, picked up one of them and pored over it, ending up doing an hour of drawing inspired by the pictures he found there. The four-part Wimmelbuch series covers summer, spring, winter and fall and if you pay attention you can follow the stories of numerous characters who appear in each book. There are spin-off books following just one or two of these characters at a time, such as Monika und Mingus

. Beyond that, she writes other gorgeous stories with beautiful illustrations, like the Karlchen Geschichten (stories about a little bunny named Karl), which probably belong in the toddler reading suggestions but are here with all my favourite Rotraut Susanne Berner stuff!

Do you want to read German stories to your baby?

I’m not specially trained in bilingualism or children’s development but from my own experience, my biggest tip is: start how you mean to go on! Don’t think that helping your child become bilingual can wait until they’re “old enough”. It’s so easy just to start reading easy German books to your baby right from when you start reading (which should be pretty much as soon as they’re born, I reckon!). So if you are after some children’s books in German that you’ll enjoy reading to your baby, then start with some of these – or buy them for your partner or a German-speaking family member to read to your baby – and you can’t go wrong.

If you have some more good suggestions, please leave them in the comments! 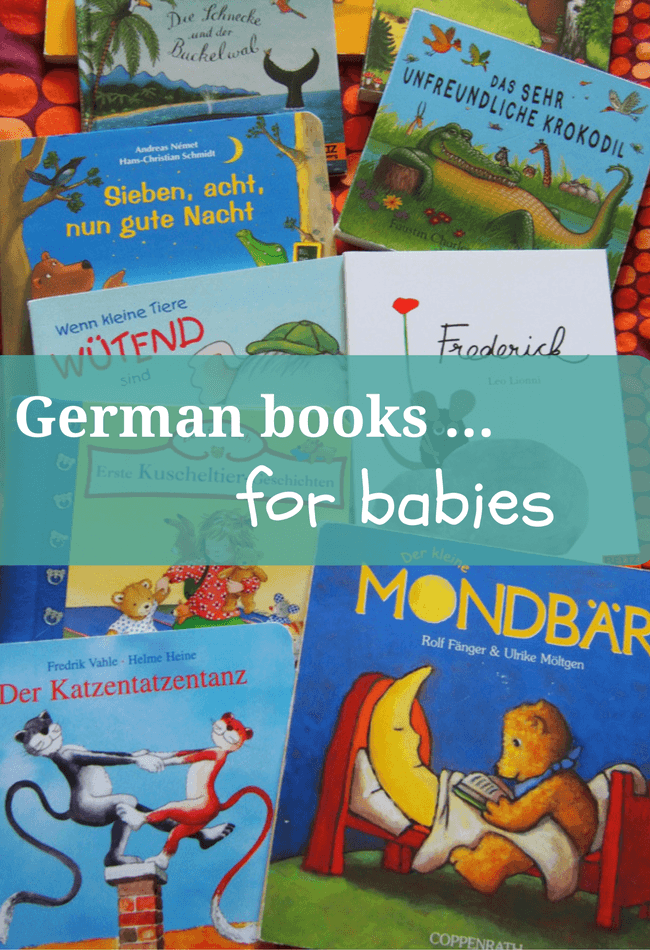 German kids’ books: How can I teach my children German?

5 tricks I use to help my son become bilingual
Previous Post: « Reverse culture shock returning from China to Poland: Agness’ story
Next Post: My adventurous plans for Iceland: Starting the itinerary ideas »

END_OF_DOCUMENT_TOKEN_TO_BE_REPLACED

Privacy Policy
Sign up for the free Not A Ballerina newsletter
The inside story on thoughtful travel, straight to your inbox every month.
Your information will *never* be shared or sold to a 3rd party.
503 Service Unavailable

The server is temporarily unable to service your request due to maintenance downtime or capacity problems. Please try again later.

Additionally, a 503 Service Unavailable error was encountered while trying to use an ErrorDocument to handle the request.