I’m sure I’m not the only traveller who has sometimes wished they could transplant a microchip into their brain and suddenly be able to fluently speak another language. Instead, I’ve spent most of my life slogging away at learning German, as well as having a go at Spanish, Mandarin, Japanese and Slovak too.

This episode’s guests all have different perspectives on how they (and you) have become bilingual by travelling and living in other countries. It’s fascinating to hear about the differences between learning a language as a child and as an adult, and heartening to hear of people who’ve learnt a new language as an adult but been able to become fluent in it just the same. It’s still a lot of hard work, I think, but it’s a very satisfying skill to acquire!

How to be Bilingual

It’s definitely not easy to be bilingual but the guests in this episode of The Thoughtful Travel Podcast show that it’s not impossible, either. I start off chatting with Leyla of Women on the Road, one of those amazing people who can speak a multitude of languages, and treats coming across a new language as meeting a new friend.

If you’re considering raising your kids bilingually, then my next guest, Adam Beck of Bilingual Monkeys, is the man to listen to. He’s got a wealth of information about it and shares a few ways he’s helped his children grow up speaking, reading and writing English nearly as well as their more-native Japanese.

Finally, Martin Bailey shares his journey to bilingualism which didn’t begin until adulthood when he moved to Japan to work in a lace-making factory. 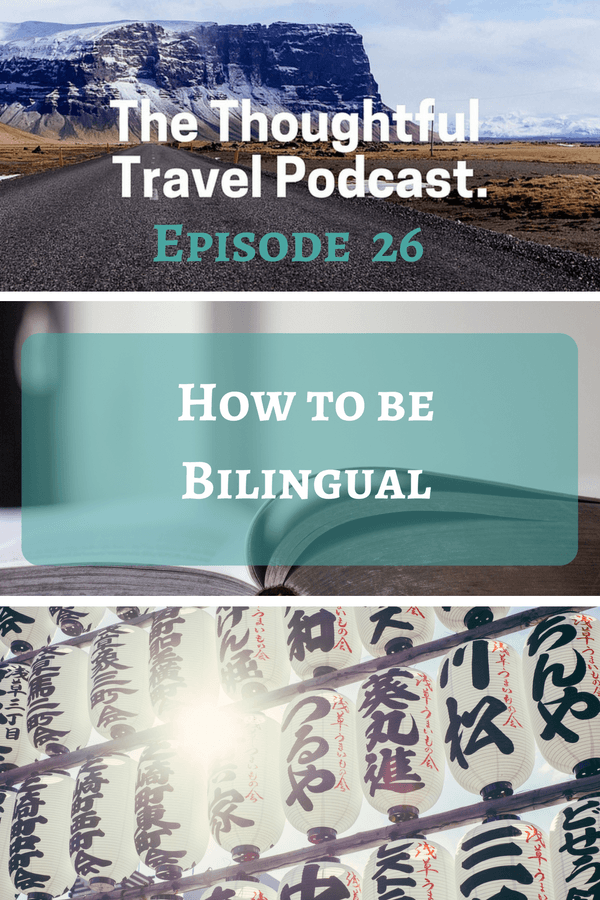 Lace, Lego and Lola on Travel – Episode 30 of The Thoughtful Travel Podcast

The Thoughtful Travel Podcast: Episode 10: How to Cope in Another Language

Travel and Foreign Languages – Episode 64 of The Thoughtful Travel Podcast

Language Difficulties When You Travel – Episode 126 of The Thoughtful Travel Podcast
Previous Post: « 11 world famous Minecraft builds to encourage your kids to love travel
Next Post: 19 passport stamps and the stories they tell about my travels »